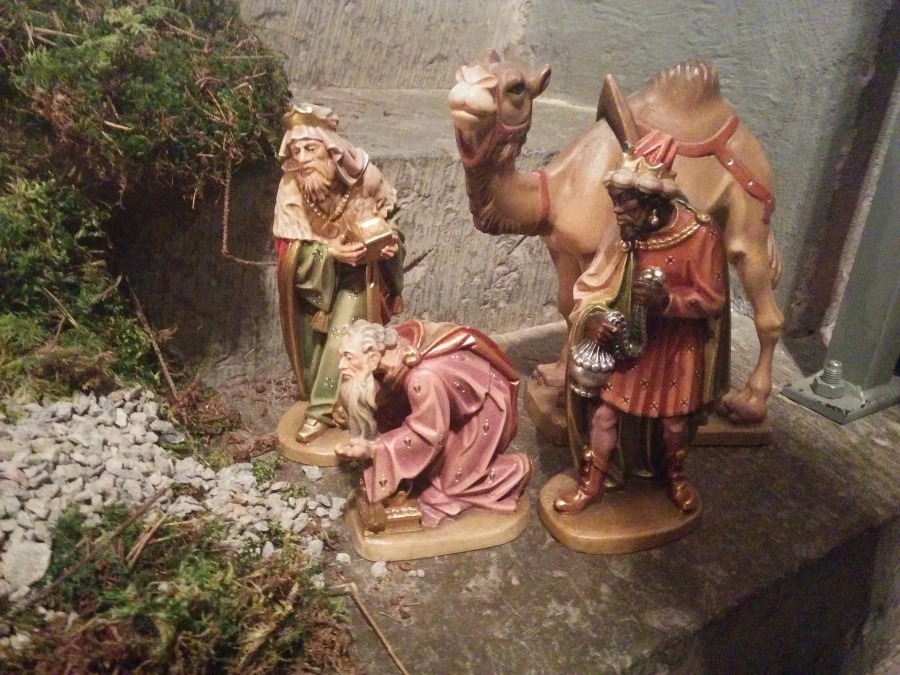 The story of the Magi from the East who came to worship baby Jesus can get lost in the Christmas story.  Songs like “We Three Kings” paint a certain picture for us, and rightly so, the focus comes right back to Jesus.  That’s where they put their focus.  It’s where we should put ours as well.  But today, I’m choosing to look a little harder at these wise men.

First of all, while we are led to believe there were three, we’re never given a number.  We get the number three from the gifts they brought:  gold, frankincense and myrrh.   Also, we call them “kings,” when in fact they were Magi (where the words magic and magician come from), or wise men.  They were diviners, astrologers, reading the stars for messages from God.

They came from the East.  We don’t know exactly where, but speculation is that they came from Persia, modern day Iran.

The three gifts are viewed symbolically.

The Gold represents Royalty.  Jesus is King.
The Frankincense represents Worship.  Jesus is our great High Priest.
The Myrrh, used in embalming, represents Sacrifice.  Jesus is the Lamb of God.

Of the Magi, we read in Matthew 2:1-12 that they arrived unexpectedly in Jerusalem, saying, “Where is the one who has been born king of the Jews?  For we saw His star in the east and have come to worship Him.”

These Magi must have studied the prophecies of the coming of the Messiah.  They were looking intently for Him.  The star was their confirmation.  He is here!

I love the response of the Magi to the star.

They SEARCHED.
They BELIEVED.
They FOLLOWED.

Their example is one all seekers must emulate.

“When they saw the star, they were overjoyed beyond measure.  Entering the house, they saw the child with Mary His mother, and falling to their knees, they worshiped Him.  Then they opened their treasures and presented Him with gifts: gold, frankincense and myrrh.”

Overjoyed beyond measure!  Is that how I feel about Jesus?

Falling to their knees!  Is that how I respond in His presence?

They worshiped Him!  Is that how I choose to live each day?

They opened their treasures!  Is that how I prioritize what I treasure?
My time, talent and treasure…  do I lay it at Jesus’ feet, offering Him my all?

Overjoyed beyond measure, on my knees, worshipping, laying what I treasure at Jesus’ feet.  That’s how I want to live today!