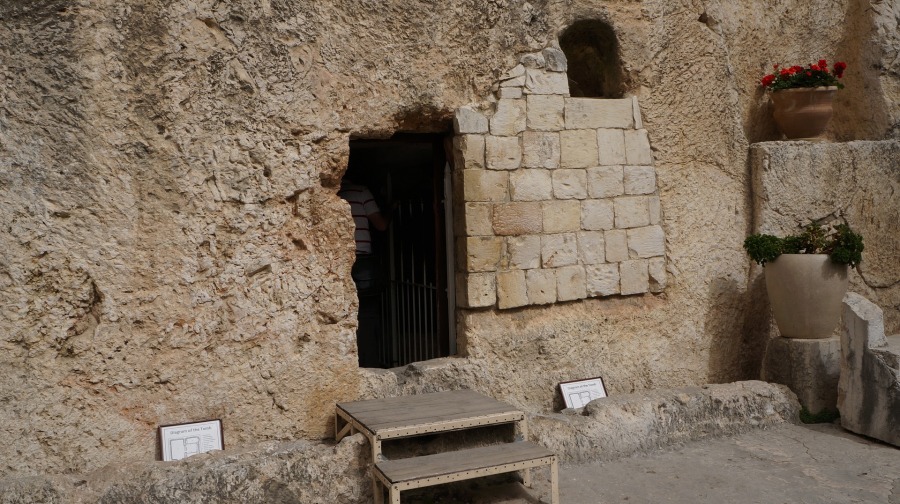 “There was a violent earthquake, for an angel of the Lord came down from heaven and, going to the tomb, rolled back the stone and sat on it.  His appearance was like lightning, and his clothes were white as snow.  The guards were so afraid of him that they shook and became like dead men.”

Just before reading of the earthquake, we read that the women were on their way to the tomb, wondering who would roll away the stone.  Did they feel the earthquake?  How much did they see?

I wonder who told the gospel writers about the earthquake, the angel with lightning-like appearance rolling away the stone and sitting on it, and the reaction of the guards?  Did one of the guards secretly believe and tell the disciples what had happened?  If so, you’d think we would read about it.  Were the women witnesses to all this?  It appears that when the women arrived at the tomb, the guards had already fled.  Did the angel tell the women or Peter and John?   We don’t know how this report was gathered.  Maybe it was the Centurion who stood by the cross and proclaimed “Surely this man was the Son of God” that discovered the truth from the guards and passed it on?  Maybe Jesus Himself had told the disciples?

From what Matthew records in Matthew 28:11-15 about the soldiers being paid off by the elders and chief priests to spread a rumor about the disciples stealing Jesus’ body, it doesn’t appear that any of the guards broke ranks and told the truth.

This is amazing to me.  How could these guards feel the earth quake and witness an angel rolling away the stone…  and NOT put their faith in the resurrected Christ?  What greater proof did they need?

Are you ever amazed when someone hears the gospel or sees God at work and doesn’t believe?  I am!  It’s almost as if some people refuse to believe.  They’ve made up their mind to not believe regardless of what they see or hear.